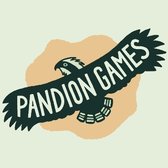 The Quantum Camping Jam on itch.io is a community event where you can create content (that you own and can even sell) for Banda's Grove.

You can create anything to participate in the Jam: A single crafting recipe, a sketch, a poem, or new adventures, or publish a fully defined Grove full of intricate details.

We made a Creator's Tips Guide to help you out. It includes all the templates for how we wrote every aspect of Banda's Grove: Badges, Festivals, Planes, and more. It includes helpful tips on designing content around the mechanics of the game, too.

There is now third-party license and compatibility logos ("Banda's Grove Entangled") much like those found for Mothership, Mausritter, and Wanderhome, so you can create free and commercial content without worry!

Come on over to the Game Jam page and join up, even if you don't know what you're making yet! If this is your first Game Jam, or you want to share and talk about your ideas, jump into our discord, and we would be happy to help answer your questions and talk over your ideas!

Sneak Peek at the Under the Stars Edition

Our next update to Banda's Grove is called the Under the Stars Edition and will include new solo rules, an entirely new Solo Game Mode, new creatures, and a more organized game book!

A solo mode, you ask? Yes! We’re adding rules for the core game as promised: Tables, written rules for playing by yourself, etc. However, Armanda Haller is also creating a whole new solo mode: Be a Festival Planner or Contractor & travel around the Grove preparing for a Festival or working to build a new Facility!

Every Facility and Festival in the game will have a to-do list that you need to accomplish for it. There will be two custom playbooks just for solo players. Pick a Festival or Facility to accomplish tasks for each play session.

In each Fragment of the Grove, you attempt to complete one of your tasks. There are 7 Fragments - each you can generate with tables. After visiting each Fragment and completing your tasks, you hold the Festival or have a Grand Opening of your Facility!

Your solo sessions can take place in the same Grove you play with your fellow players or a different one. You can use the tasks for each Festival or Facility to expand out your group play, or keep them just for yourself.

We launched a new game this week, and it's a little different from what we've done in the past! Substratum is a science fiction, scientists-in-exosuits survival RPG made on the Breathless System by Fari RPGs.

A tense game, perfect for one-shots and low-prep play, packed with rolling tables. Balance your skills, items, and stress as you attempt to uncover how the portal that consumed the earth's core works and attempt to reach it, and close it!

We have a store full of games and merchandise! Badger + Coyote is available now as a physical game for purchase, and we will soon be releasing two additional games in physical formats:

Storyteller: A Campfire Narrative Game, and Whispers in the Walls, a solo horror journaling game.

You'll also be able to get our games soon at your favorite stores: Indie Press Revolution, Spear Witch, Exalted Funeral, and Knave of Cups. We'll make another announcement once they go on sale.

We have begun selling accessories for our games as well, such as a Banda's Grove notebooks and a Badges sticker pack to put on your character sheets.

Thank you for all your support and feedback. We truly could not be doing this without you!

We look forward to seeing what everyone makes at the Quantum Camping Jam!

For your security, we need to re-authenticate you.